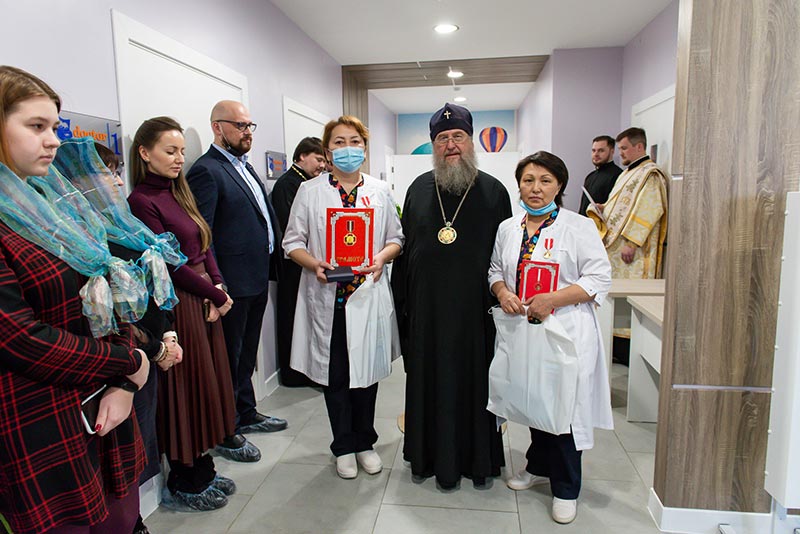 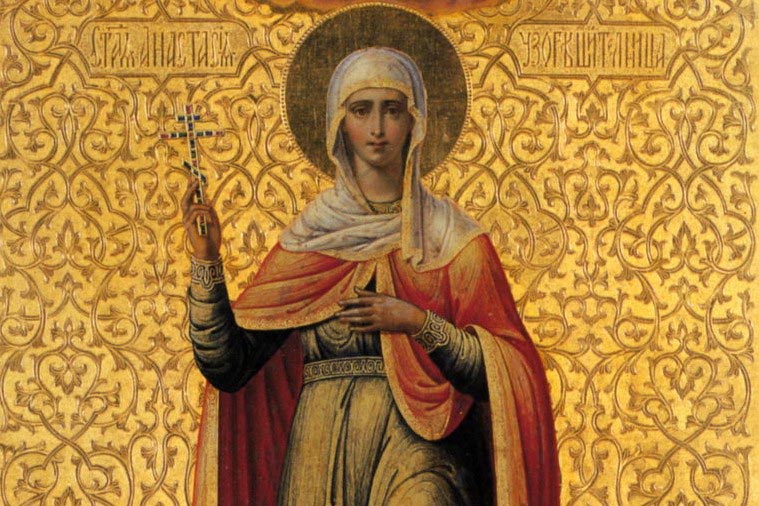 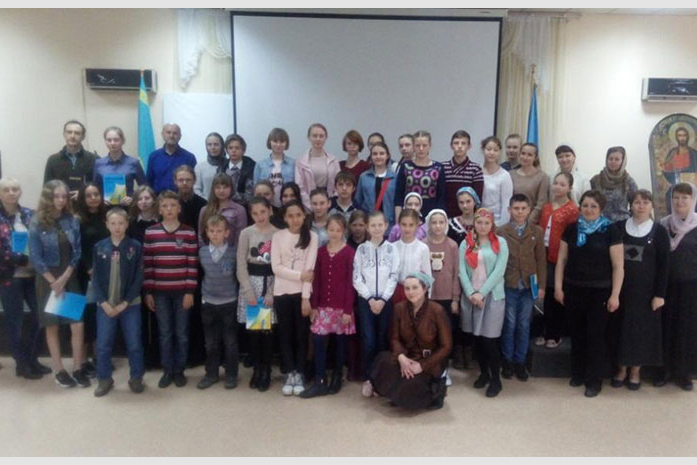 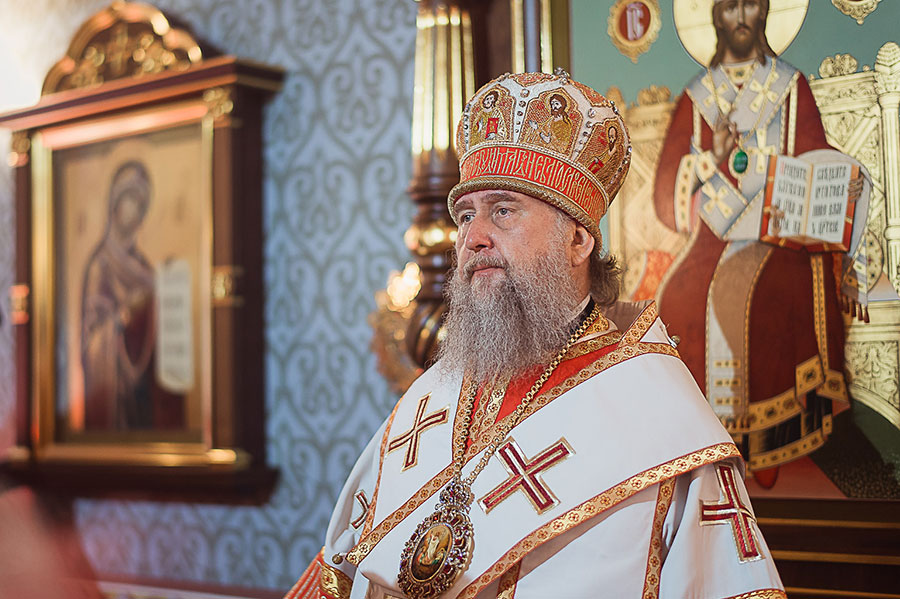 Appeal of Metropolitan of Astana and Kazakhstan Alexander on the occasion of arrival to Kazakhstan the ark with the relics of St. Sergius of Radonezh 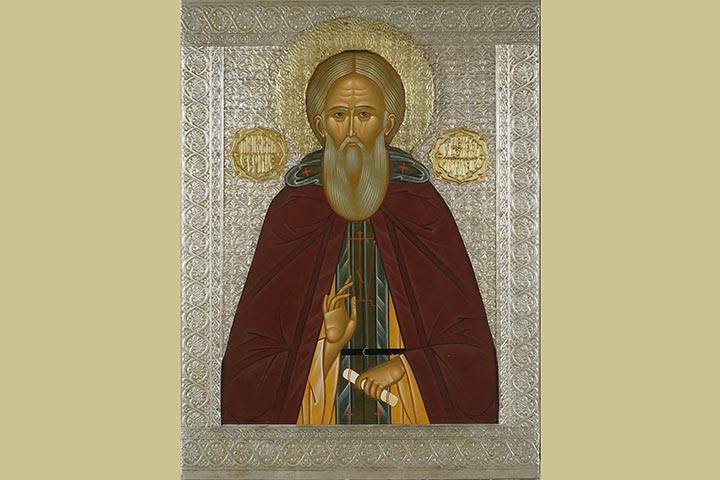 In 2022, the Orthodox world celebrates a significant anniversary - the 600th anniversary of the acquisition of the holy relics of the great ascetic of the Church of Christ, a quick helper and glorious miracle worker - St. Sergius, hegumen of Radonezh. In the words of the famous historian Vasily Klyuchevsky: "the spiritual influence of St. Sergius outlast his earthly existence."

With the blessing of His Holiness Patriarch Kirill of Moscow and All Russia, as part of the anniversary celebrations, the ark with the holy relics of Abba Sergius is brought to many dioceses of the Russian Orthodox Church. A huge number of people in Russia and Belarus have already bowed to this great Orthodox shrine, raised their prayers to one of the most revered saints of God. Now St. Sergius, with his revered relics, visits the blessed land of Kazakhstan and pours out heavenly grace on us.

St. Sergius is a guiding star for us, a true image of a Christian, the embodiment of evangelical virtues. Again and again, turning to him, we learn to live a truly spiritual life, to distinguish truth from lies, to correctly assess the events taking place around us.
Saint Abba Sergius went down in history, first of all, as a peacemaker and enlightener of peoples. Initially he retired from the world and chose the feat of a harsh hermitage in the dense forests, the monk very soon acquired great spiritual strength and authority among his contemporaries. On the example of his life, the surest word of the Holy Scripture came true: “You are the light of the world. A town built on a hill cannot be hidden” (Matt. 5:14-15). Not once the humble hermit had to leave his prayer gate in order to go to different lands with the mission of reconciliation. His meek speeches, filled with gospel wisdom, tamed the warlike temper of the princes, calmed the warring, and stopped civil strife.

The earthly life of St. Sergius proceeded far from modern Kazakhstan, but his holy name has been revered in our area since ancient times. The feat of Abbot Sergius is glorified in the vast expanses of the Kazakh steppes and in the foothills of the Trans-Ili Alatau, in the cities of the Caspian Sea and on the banks of the Ural River. Temples were built in his honor; in Petropavlovsk there is an Orthodox gymnasium named in honor of St. Sergius; in the village Tuymebaev, Alma-Ata region, there is a diocesan center for social protection, including an orphanage and a shelter for the elderly, the “House of Mercy”, named after the Saint. In the capital of the Republic, there is a square next to the main temple of Kazakhstan - the Assumption Cathedral - is decorated with a majestic monument to the Abbot of the Russian land.

When we read the lines of the life of the Abbot of the Russian land, the face of the great Sergius, shining with an unearthly light, rises before us. In our age, when people often seek comfort, shy away from exploits, strive for superiority over their neighbors, it is important to remember the clear and truthful image of the holy ascetic more often, since every Christian is called, first of all, to take care of Heavenly things and through the acquisition of virtues, prepare for a meeting with the eternity. We should strive to acquire that love for God and neighbors, that meekness, gentleness and diligence, which are revealed to us by the Reverend. Abba Sergius left no written works to posterity. His main legacy is a life completely devoted to God and people. As a spiritual testament of the saint, his words now sound, brought to us by pious tradition: "We will be saved by love and unity." Peace and brotherly love commanded to us by St. Sergius, are consonant with one of the main values of Kazakhstan society - inter-religious peace and inter-ethnic harmony.

630 years have passed since the end of the earthly feat of St. Sergius, but his glory does not fade and will never fade, but the righteous live forever (Wisdom 5:15). Worshiping the relics of the reverend and God-bearing father of our Sergius on the land of the Great Steppe, from the depths of our souls we turn to him with a prayer so that he sends down on us the blessing of God, quenching sorrows, ending disasters, draining tears, healing diseases and the most important strengthening us on a Christian path.

May this year Saint Sergius enter every Orthodox family, teach us all sincere, unfeigned love for God and neighbor, bless our daily work, grant peace and prosperity to the people of Kazakhstan and all people. 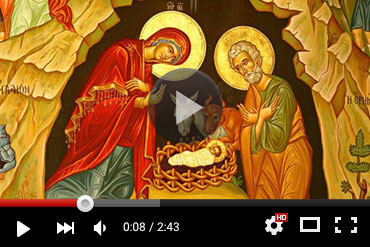 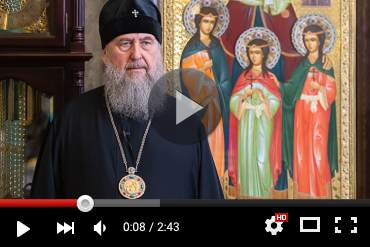 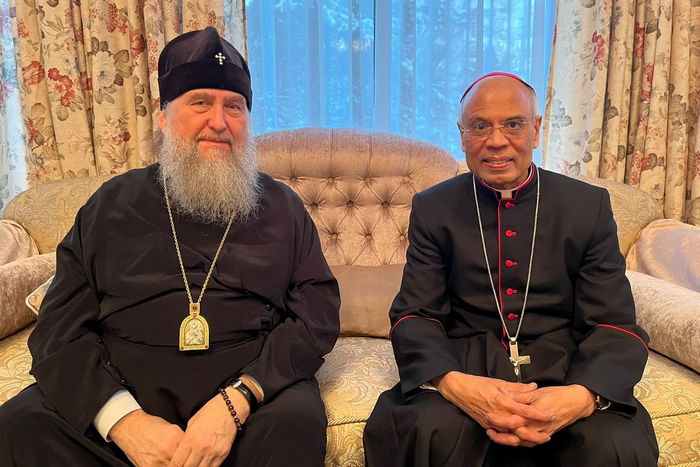 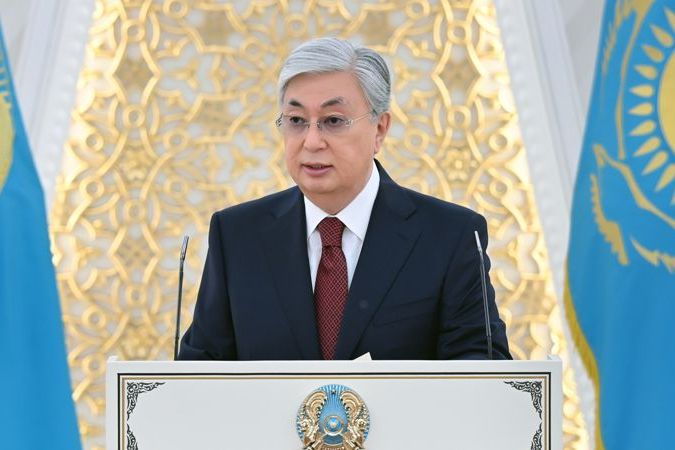 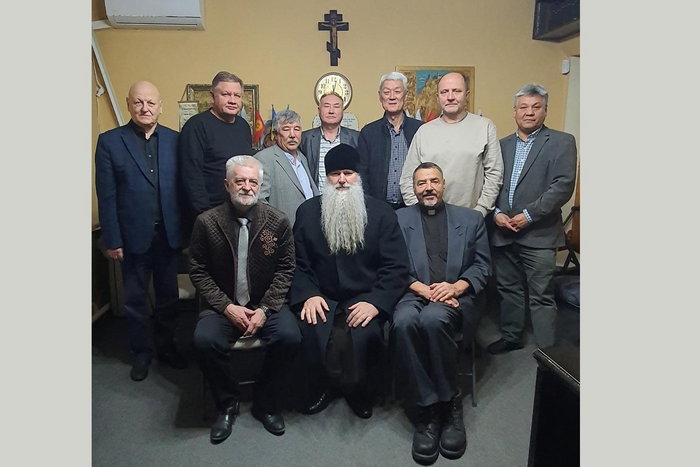 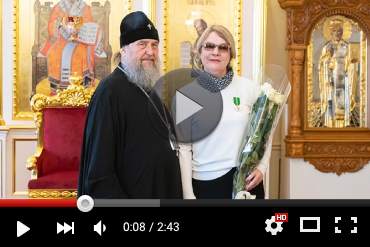 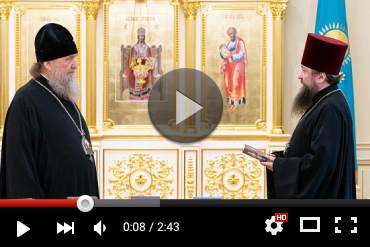 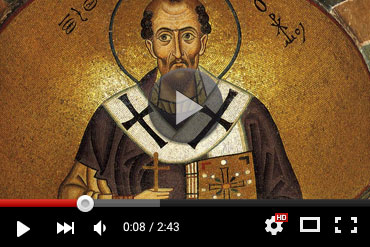 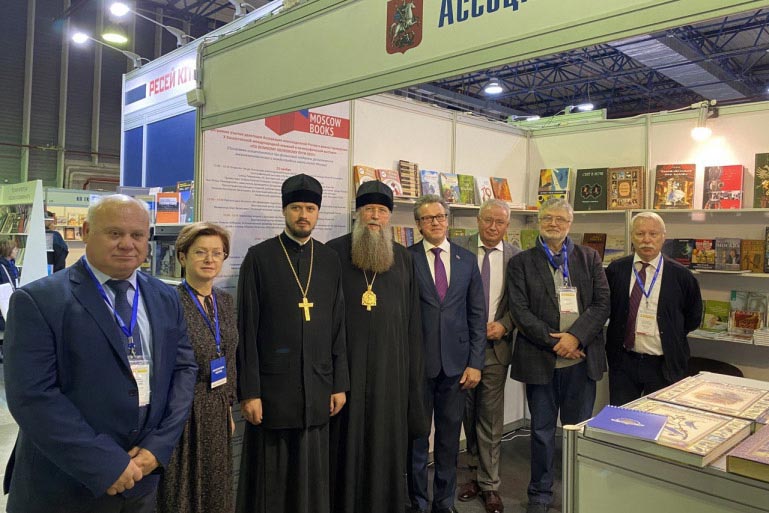 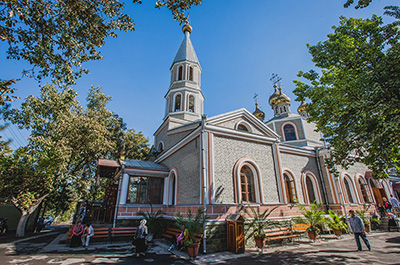 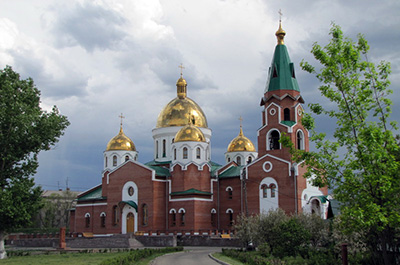 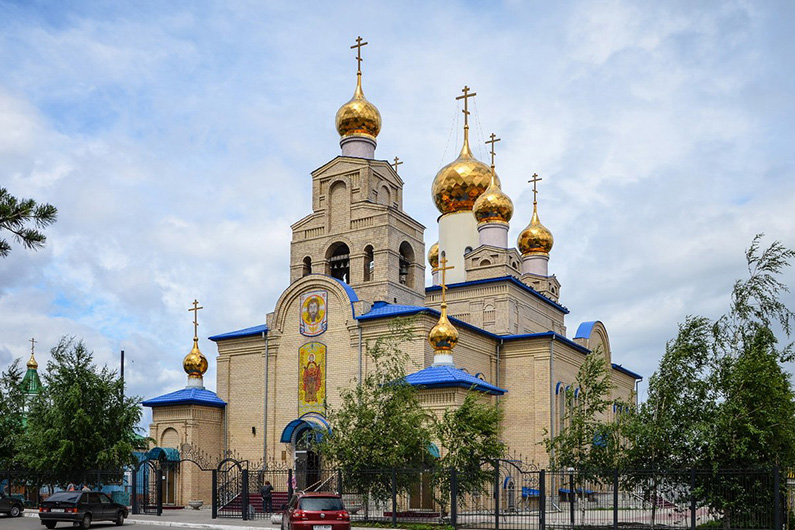 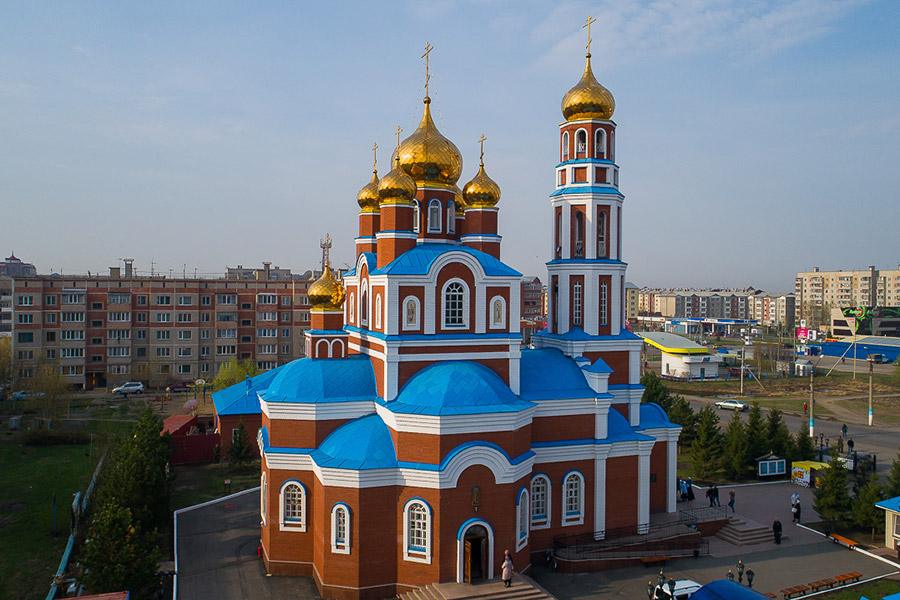 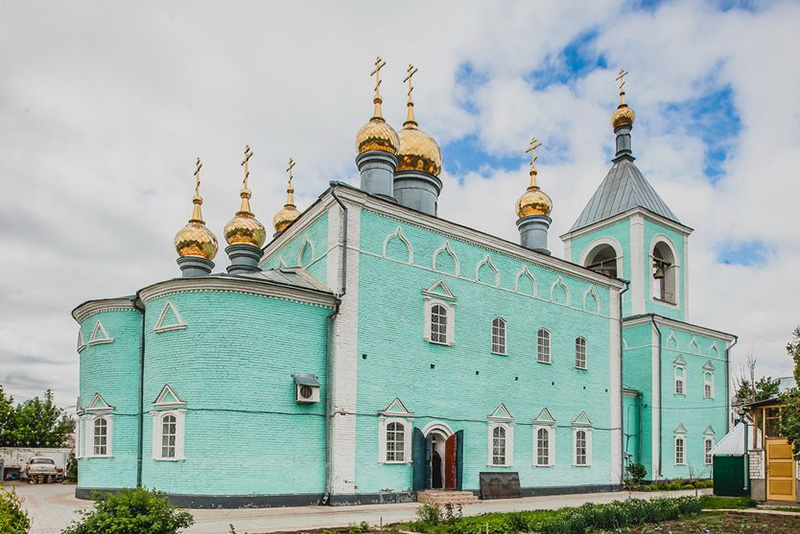 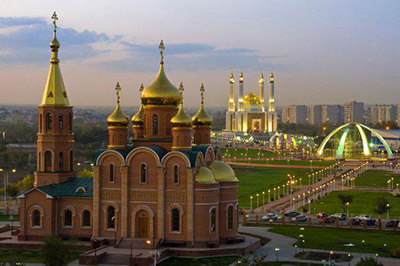 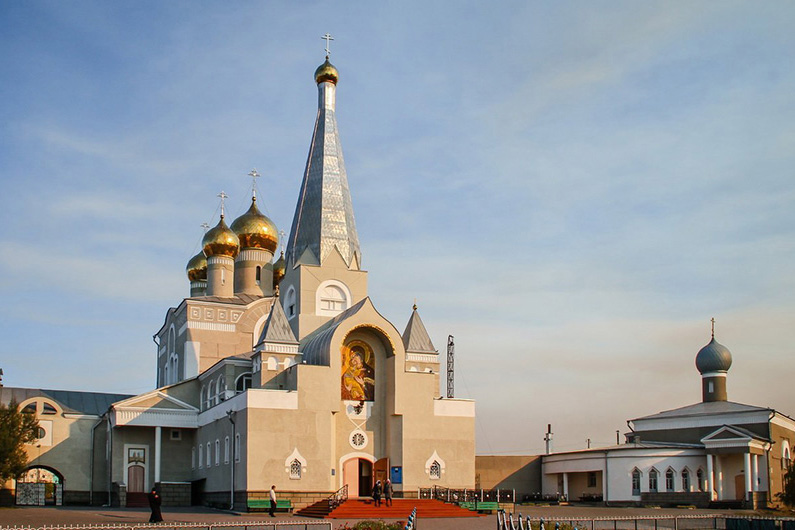